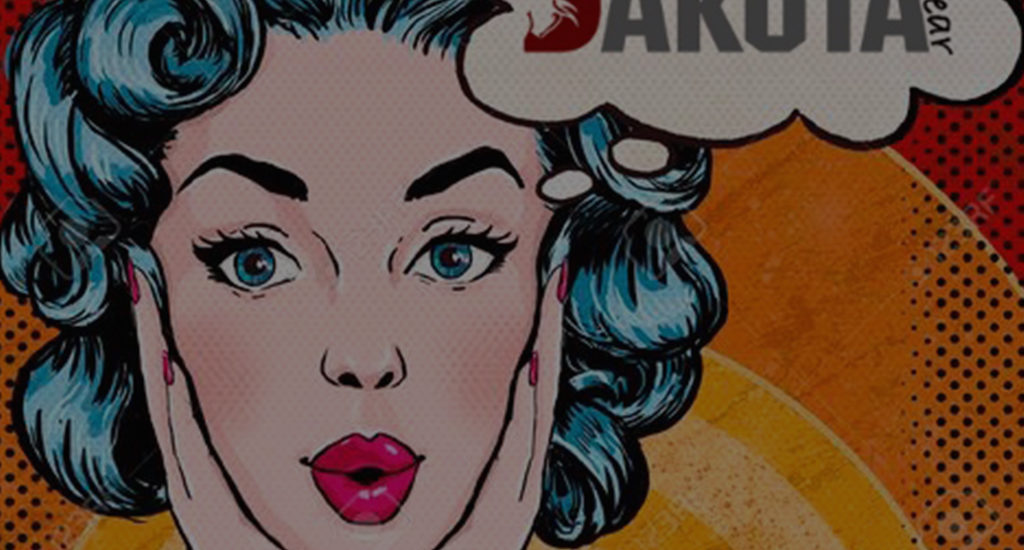 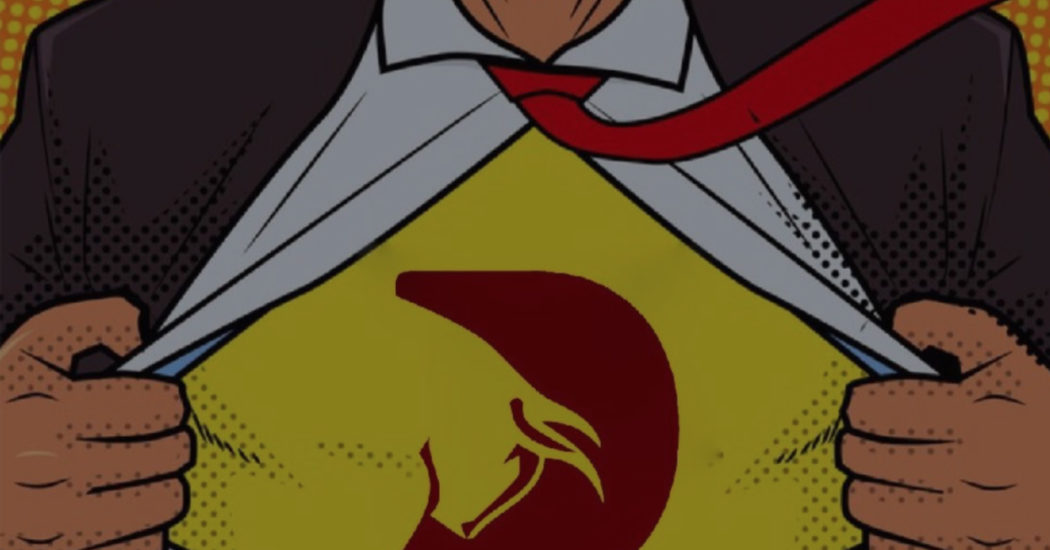 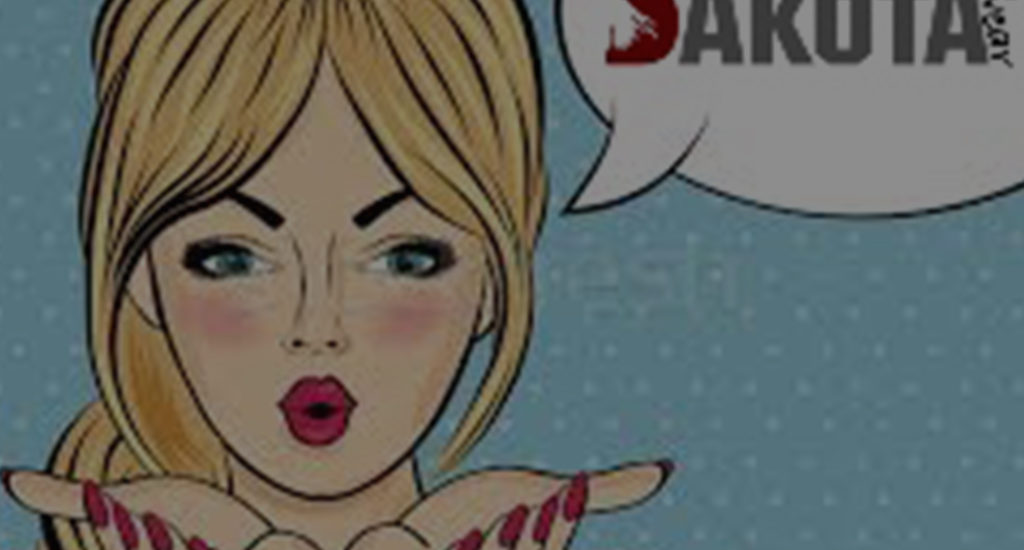 The meaning of ‘Dakota’

Every experience in my life becomes an opportunity. Especially the most significant ones.
In one of my countless trips to the United States I had the great pleasure of meeting a person who taught me to smell the scent of a land. That trip changed me profoundly.

This man much older than me introduced me to the fascinating Native American culture.
Not knowing how to pronounce my name well, which made me smile every time, he started calling me Dakota.

He explained to me that it was a typically American female name and that calling one’s daughter with this name was a form of respect for this population.

In the Syoux language the term means ‘friend’.I was honored, especially when he listed the reasons why he thought I was a good fit for that name.
He told me I was sunny, strong and resourceful.

Later I inquired about the meaning of this name by surfing the web.
The Dakota woman is a person who knows what she wants. In the emotional sphere of her she is a fugitive, she is a little afraid of stable ties however she is very sympathetic to the weakest and you can always count on her.

is not a commercial slogan, I actually exclaimed this phrase while admiring the majesty of the Grand Canyon National Park. I was referring to the name, not a garment.

I remember that moment well, for the first time I really felt like Dakota.

Being different is not simply a way of saying, an expression that often boils down to an alibi for feeling good about yourself.

That day I understood that being different is a gesture, an act of courage to do towards ourselves to free ourselves from the standards that society imposes on us. But also towards the other, it is very important to accept oneself as much as to accept the diversity of others.

Feeling different in that instant was a liberation. And I really was, I was free, I was wearing another name.

I wanted to remind myself of the feeling of that journey which is exactly what I feel every time I create a garment.

Curiosities about the logo

The thing they asked me most often after I launched my brand is the reason for the Dakotawear logo. A bull might seem like a bizarre idea to represent a women’s fashion brand, and the perhaps bizarre answer really is.

Is it because I argue that tenacity, resourcefulness and a little boldness lead to success? (no but I think so)

Maybe because taurus is my zodiac sign? (no but it is)

Maybe I consider myself a stubborn person, one who rages, one who to win it just has to happen that she is the one to grant it to you? (no but I am)

The art of the soul-DakotaWear 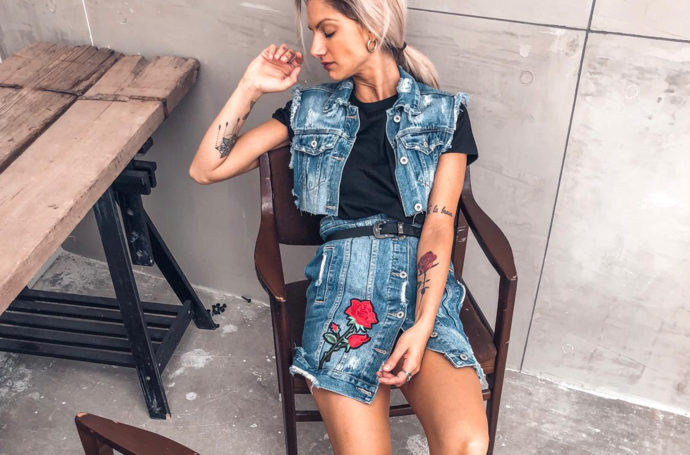 Every time my mother finishes a job she moves away from the sewing machine with the chair, takes the garment in her hands and begins to examine it.

The sieve has its own precise order, well marked by expressions that I know well. Attentive look, lips stretched inwards, head held high.

I look at her not far away, impatient to receive a nod, the usual one: a big nice, pleased smile.

Euphoria that was late in coming that day.

I decide to violate that interminable silence, “what happens? I ask her.

At that point she looked up at me, measuring tape around her neck and a series of pins pinned here and there on the shirt.

“It doesn’t convince me,” she ruled.

She was right, as always, anyway. I had designed some denim jackets but the final result was not very harmonious.

She had warned me that the proportions I had imagined could prove to be a risk, but I had decided to try it anyway.

My first reaction was panic. The second I will spare you. The third, which is usually always the best, at least for me, has brought me back to sensibility.

I remember that I was fully equipped, like every time I am called to arms. I packed myself with airpods, music and total darkness.

That was my moment. This time it was my mom who realized it couldn’t be hacked.

I had been in the dark for about twenty minutes, trying to bring my attention back to the problem, but without success. My reflections at that time ranged from food, the last scene of the Netflix TV series, which had left me speechless, the desire to go on vacation and the different destinations I wanted to visit. Everything, except what I should have thought about. Zero concentration.

As I floated in that disordered contemplation, I was reminded of Ashikaga Yoshimasa’s broken cup.

Kintsugi, literally “repairing with gold”, is an ancient Japanese practice that consists in the repair of objects using the precious metal to weld the fragments together.

Legend has it that it all started thanks to Ashikaga’s tenacity who did not want to give up his favorite cup.

A glimmer of light in total confusion. Inspired by his determination, I decided to try to change my perspective and looking closer I realized that in fact what I had in front of me was not a failure, but an opportunity.

I began to repair the damage. How ? With chaos of course. I tore, I cut, I reassembled.

I called my mom back to show him the project.

“You’re crazy,” she told me, a second later she was at the work table. Safe and fast, her hands between the needle and the denim careful not to get it stuck. In a couple of hours he was done.

This time the nod was not long in coming.

The result was surprising and just like for the shattered ceramic, the randomness with which in my case the denim blends with the repairs makes each piece unique and unrepeatable. Thus the breaking of an object no longer marks its end.

That day we created the Kokoro suit.

I had decided not to disclose the background of this story because as the events unfolded as described I was missing something to share. And it was only after my accident that I found the connection.

After watching my wound change over the days I became aware of the kintsugi.

This year just before Christmas I had an accident. I fell off my bike, Jordan, and fractured my tibial plateau.

Emergency operated and forced to be immobilized for several months, I was able to experience the effect of trauma on myself.

I discovered the power of a scar. A gap between my body and mind. The essence of resilience, the patience of knowing how to wait and above all knowing how to accept damage. Because that’s all the secret, we can’t change things but we can react or suffer.

My skin was becoming more precious every day.

It was as if healing was repairing the physical and inherent trauma.

It was as if I were the broken cup and at the same time the craftsman, only I could fix myself and make myself unique through the plots of the fracture.

Now Kokoro has a different meaning to me. Meanwhile, it no longer represents an error that I was afraid to reveal but my personal art of kintsugi.

I hope this post is an inspiration for all those people who feel broken. Collect them, put them back together and give them a new meaning.

I realize it is not easy but I assure you it is not impossible. We can turn trauma into gold veins.

The point is not so much the result as the revolution. Fighting to accept a repaired cup rather than giving up on losing it forever. 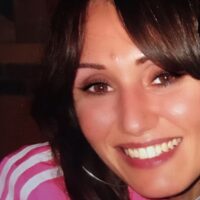 I am an equilibrist in the game of opposites, in life as well as in my work.

I am drawn to beaty, but perfection bores me. When I make my creations I carefully design them so that they look atypical, unique but as if it were only by chance.

Simplicity is my vision even though I believe that the details and the finishing of the particular make the difference.